HOME
ABOUT US
OUR ACTIVITIES
UPCOMING EVENTS
CONTACT US

We offer a range of workshops for both secondary and primary school children, encorporating different aspects of physics into short sessions lead by student volunteers. The workshops we are currently offering are listed below with a brief description. For the academic year 2021/22, we are offering online sessions as well as in person sessions. Please do not hesitate to email us if you have any queries or want to book any of the workshops. 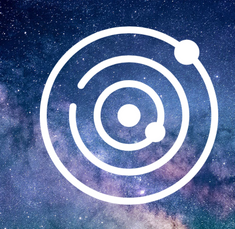 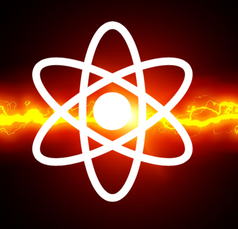 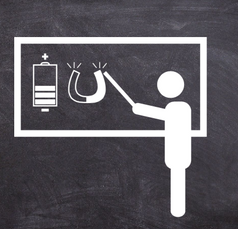 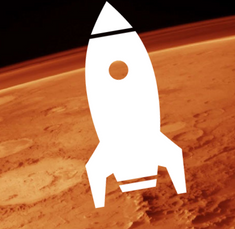 In this workshop we start from pupils’ pre-existing ideas of what stars are to introduce the concept of them being huge balls of gas. We then discuss the stages of the life cycle of stars, before discussing historical astrophysics and folklore surrounding it. This leads us to the first main activity - designing constellations. We continue by talking about modern astrophysicists, before asking the pupils to detect whether the images shown to them are real photographs or fictional skies created by artists. Then we move on to the struggles stargazers face in the UK and introduce the concept of a star’s temperature being shown by its colour. Then returning to our home in the universe, the solar system, we interactively name the eight planets.

In this workshop, we start from pupils’ pre-existing ideas of solids, liquids and gases to introduce the idea of particles, which make up everything (a catch-all for molecules and ions). After interactively discussing some of the physics around states of matter, we introduce the atom, and then subatomic particles that make up the nucleus - the proton and neutron. We continue the journey further to quarks, leptons and bosons - modern physics’ best idea of the universe’s smallest building blocks. We introduce in more detail the concepts surrounding these, such as generations and charge, before moving to the main activity - solving puzzles to work out which quarks make up some particularly exotic particles to crack a code. This links to our final activities - discussing the Higgs Boson and particle physics, a plenary to summarise learning and then a 10-15 minute Q+A session where pupils can ask whatever they want.

In this workshop, we start from describing the motivations for giving this workshop. Mainly, we focus on the gender divide in academia especially in STEM subjects. We also explain why all kinds of diversity is important especially in research. Next, we uncover some of the reasons for the divide in STEM: confidence, media etc. This is followed by a quick game of guess who, in which we will describe some female scientists and the students can try to guess who they are. Next we go over some of the careers and opportunities that studying STEM can lead to. This is followed by another activity, in which the students will either work in small groups or on their own (depending on COVID restrictions) to draw what a scientist looks like and write down some of the skills they think scientists need. This is followed by the final activity, which is a quiz called People like me.

In this workshop, pupils plan a mission to Mars. We start from the pupils' pre-existing knowledge of Mars and interactively discuss facts and myths about the planet that are important to the planning of a mission to it. After having established truths about Mars, the class collectively lists possible dangers astronauts would face while visiting the planet. Next, pupils engage in building and testing two models of rockets. This should lead them to understand why rockets are shaped the way they are. Having this information, pupils are asked to design the rocket that will take them to Mars. Finally, they are asked to design spacesuits that would keep them safe from the dangers of Mars. The workshop ends with a plenary t